With the restrictions easing and life in Australia going back to normal, many enjoy taking their young ones to shopping centres as a recreational activity. We recently had to action an incident at a shopping centre involving a minor; while descending the escalator, a ten year old girl’s hair got caught on a screw on the side of the handrail. The child’s parents were panic stricken on a moving escalator and a big chunk of the child’s hair was pulled out.

The parents contacted the Centre and blamed them for the incident stating that the escalator was not safe for children. We were notified of this incident and were asked to action this on an urgent basis. Upon initial investigation, it was apparent that the child placed her head on the handrail with her hair dangling down on the other side of the escalator, therefore in reach of the screw.

A member of our legally qualified team called the parents the same day and inquired about the incident. The parents were noticeably upset and our accounts manager assured them that we were here to assist them. We asked about how the incident occurred and upon hearing their account, confirmed that the child had to be leaning over the rail. The parents agreed that that was the case. We explained the claims process, asked them to seek medical assistance and advised them to reach out to us with any update.

Benefits to our client

Our claims management team ensured that the incident does not quickly escalate to a claim as is the case with most incident involving minors. We immediately provided the best care to the injured customer with utmost empathy (however, we did not admit liability on behalf of our client). As we had conducted an initial investigation prior to contacting the injured party; we were in a better position to handle the matter and calm the aggrieved parents. Due to an early invention, the parents were assured that the Centre takes the safely of minors very seriously and will take all the necessary steps to rectify the issue. This resulted in the injured party not initiating a claim against the Centre and our client.

Our legally qualified claim management team understands that they have to step into many shoes; they have to play the role of a therapist in sensitive situations and understand the trauma that the injured party may have foreseen especially when minors are involved.

Under section 50C and 50F of the Limitation Act 1969 (NSW), the limitation period for a child with capable parents or guardian is three years from the date of discovery of the incident and twelve years from the time of the act or omission that caused the injury with which the claim is concerned.

Under section 3(1) of the Limitation of Actions Act 1958 (VIC), a person is deemed to be under a disability while he is a minor. Under section 27E of the same act, the time limit from the date of discoverability of a cause of action is six years for a minor and twelve years from the date of the act or omission alleged to have resulted in the personal injury with which the action is concerned.

Under section 5(2) of the Limitation of Actions Act 1974 (QLD), a person is deemed to be under a disability while he is an infant. Under section 29(1) of the same act, the limitation periods for legal proceedings on behalf of children run for six years from the date the child turns eighteen.

Under section 45A of the Limitations of Actions Act 1936 (SA), a child has six years to bring an action for damages for personal injury from the date of the incident out of which the injury arose.

Our recommendations – the do’s and don’ts

If you are an owner and/or a manager of a shopping centre or a leisure facility involving children then we recommend the following procedures to provide the best customer support to injured parties:

Additionally, these procedures will limit the liability exposure, curtail the chances of ending up in the media or in Court unfavourably and minimise large claims costs.

The Future of Claims Post-Covid: Part 2

The Future of Claims Post-Covid: Part 2 In the first part of this blog series we thought about how the future of claims still hinges

The Future of Claims – Part 1

Over the last 18 months the world has changed. While there are some who think we will all revert, I prefer to think that the 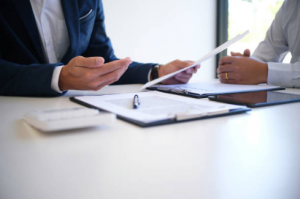